There are various protocols for Internet programs to communicate with, such as HTTP, SFTP and FTP. The most common protocol used in Internet protocols, as you all know, is IP, and the important thing here is that TCP/IP is not a hierarchy, but a protocol.
TCP/IP runs on top of TCP/IP structural hierarchy slightly different from OSI7 hierarchy.

It looks a little different from the OSI7 hierarchy.
You can see that the number of tiers is different, OSI is seven, while the TCP/IP tier is all four.

The equipment above is a LAN card. The exact name is NIC and Network Interface Card.
Network communication is not possible without a LAN card. A device that operates in the network interface hierarchy.

As you can see, some ports cannot be used if the port number is used by a specific protocol. These ports are called well-known ports. 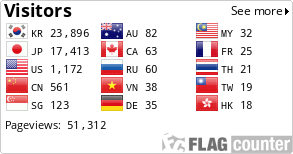